Today`s the first swimming lesson for the third semester. Some kids were excited to go into the water after a long break, but some were also nervous. Even so, all were having a blast, laughing and smiling. From now on, lessons will be a little bit more difficult, but all are eager to do their best. 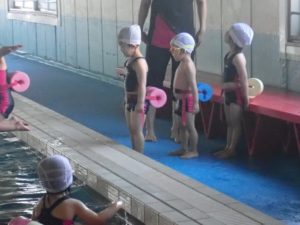 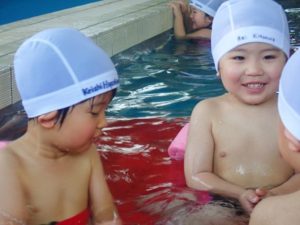 Crab A and B

To begin the routine they did flutter kick while sitting down on the platform. To get use to the water they jumped one by one. They also walked like a crab and alligator underwater. And then they put their head in the water with the help of floaters.

They begin their routine by flutter kick while sitting down on the platform. They also jumped in the water to break their fears. After that they crawl like a crocodile and tried to float. They tried walking in the water too.

Frog A and B

They begin with the lesson by kick paddling the water. They also looked up while swimming and paddling feet with the help of the kick board. And finally crawl into the water.

They did kick paddling in the water. They tried to float using the kick board. After that they looked up while swimming and paddling feet with the help of the kick board.

They did bobbing which they kicked and jumped at the bottom of the water while their face was in and out of the water. They also tried to float using the kick board and crawl using one hand on the kick board. And finally they did flutter kick. 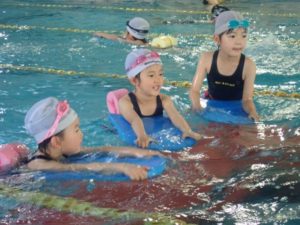 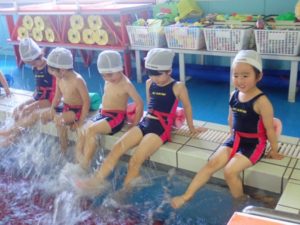