Today, is the last pool for this school year. We practiced submerging face into the water and flutter kick. Until the end, the kids followed the coach`s instruction and did their best. We also get to play longer than always. 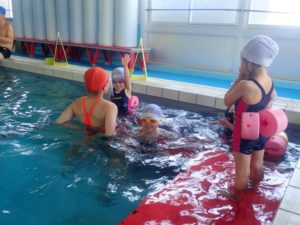 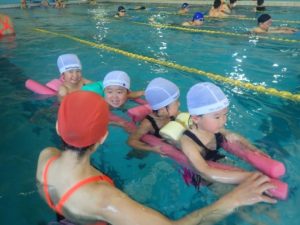 They begin with the lesson by kick paddling the water. After that they crawl like a crab. They also looked up while swimming and paddling feet with the help of the kick board. And finally they jogged in the water.

They begin with the lesson by kick paddling the water. They also walked and jogged in the water. They practiced crawling like a crocodile. They hold on the wall while they were doing flutter kick swim. And then they washed their faces to get used to the water.

They practiced to float using the kick board and crawl using only one hand on the kick board. They also did flutter kick while holding their breath. And they jumped into the water.

They practiced crawl with both hand and even one hand too, with the help of kick board.

They did flutter kick swim and crawling without the kick board. The higher level students practiced crawl combination, too.  They also tried practicing the one hand crawl with kick board. And finally they did bobbing to practice their breathing.

They enjoyed the last day of the pool. Everyone did their best for this year’s pool lesson. 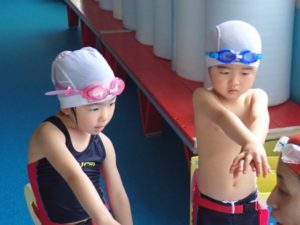 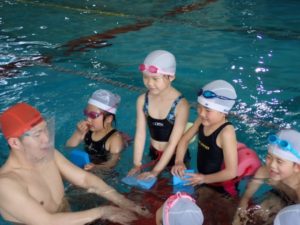